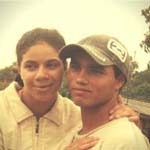 My first mission trip was with Living Bread Ministries to Porto Alegre, Brazil and the surrounding area. As a westernized Christian who had only left the country once for my honeymoon, I was quickly impacted by the spiritual destitution and physical depravity in what seemed like another world. The memories are just as real to me now as I walked the streets then. I watched handfuls of people enter a shop to purchase sacrificial materials for spirits who may bless their future. I saw huge mounds of scrapped, rotten wood families would survey to mend a hole in their house. A mother asked me to pray for her sick child because she did not have the money to see a doctor or buy medicine. Even my Brazilian counterparts, young pastors being trained for the ministry, did not have access to scholastic writings to study the Scriptures. But, one story above all reminds me of why the church is called to live as missionaries to the poor and needy of this world.

On Wednesday of our trip, we were informed that a child of a small, local community had been run over by a drug dealer on a motorcycle. The child suffered a broken jaw, avulsed teeth, and multiple lacerations, but he did not die. Adults of the community responded by attempting to catch and hang the drug dealer, but he was protected by armed members of his gang. Later in the week, our group was able to visit the church the child attended and to see one of the most magnificent examples of Christ’s love.

I sat in the back and watched as the pastor ministered to the child and his loved ones when a young Brazilian approached from outside. We were informed this man was the drug dealer and he wanted to apologize to the family.  After he spoke, the pastor stood up and shared the gospel. “It is because of the love of Jesus Christ” he announced, “that we are able to joyfully forgive you.” The mother stood next to testify about the love of Jesus and added all the medical bills had been forgiven by the doctor. Even a dentist had agreed to mend the boy’s teeth for no charge after his jaw was unwired. Then, the young boy himself stood. The pastor asked if he was willing to forgive the man who had almost taken his life, and he nodded his head yes as we all wept and rejoiced. 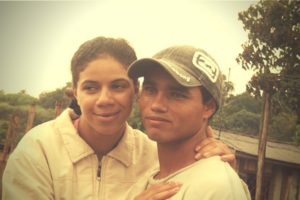 Radical Reconciliation: A mother forgives the drug dealer who hurt her son

From this account, I learned two important lessons about mission. First, God wants to reach a broken and lost world. This young man had done nothing to earn grace or forgiveness. Truly, he had done many things that deserved judgment and punishment. The fact is that neither you nor me can earn God’s love “for none are righteous, no, not one.” It is through his volition that God willfully extends the gift of salvation to all who receive.

Second, the world needs to see the living love of Jesus Christ embodied in the local church. It has rightfully been said, “You may be the only Christ someone sees.” It may have been the only time the drug dealer had been offered forgiveness or encountered the love of God in such a tangible way, but I am certain this story serves as one testimony to the great and mysterious nature of the gospel.

I do not know if a decision that would effect eternity was made that day or any since, but I do know the young man left speechless and in tears. He probably thought, “Those Christians are crazy!” But, I hope he thought, “I want what they have.” Prayerfully, he will be able to forgive others the same way he has been forgiven.

This post is one of an ongoing series of guest posts and devotionals written by friends of Living Bread Ministries. Sign up for our newsletter for more stories from the front lines of our ministry among the global poor: LivingBread.org/subscribe

Jeshua has four years of ministerial experience as a youth pastor, and he is currently completing his Ph.D. in Theology and Apologetics from Liberty University.  He has a beautiful wife, Megan, and two wonderful daughters, Elena (3 years old) and Elora (6 months).