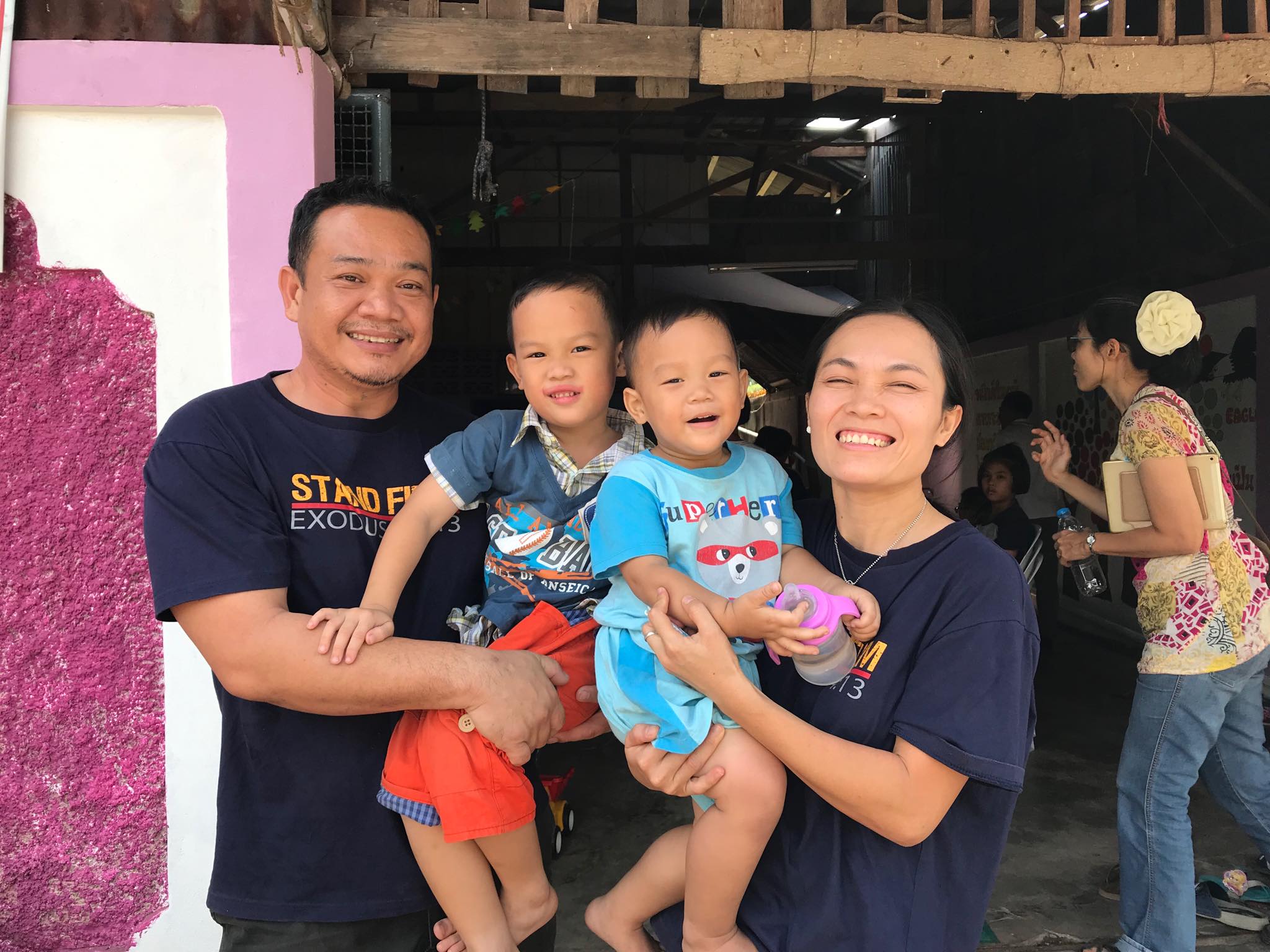 There is nothing we love more than seeing church plants thrive and plant churches of their own. A recent example of this is taking place in Thailand at The Promise Church, led by LBM Thailand board member SomChai.

SomChai has been discipling a man named Karom, who came to faith while working in a cement factory in Singapore through a Christian outreach program that was offering English courses. After returning to Thailand, Karom was introduced to the woman who would later become his wife by a mutual friend who knew they were both Christians. Kat was a university student in Chiang Rai who worked with YWAM.

Karom and Kat have now been married seven years and have two young children. They moved to Phanat Nikhom around the same time SomChai was planting The Promise Church. They have been very involved in ministry there and have now been encouraged by church leadership to begin a cell group in nearby Hua Thanon with hopes of planting a church. In their first year of ministry there, they’ve seen three new people come to faith and have established a “Kid’s Club” outreach program that has nearly fifty children attending each Saturday.  Seeing these converts so early in a church plant’s work is unusual in this culture and such an encouragement to us!

This project was begun in faith by The Promise Church and has been aided by a strategic partnership with a church in the US that supports Living Bread Ministries. If you’re interested in more information on how your church or business can get involved with work like this, we’d love to discuss it with you! Reach out to us through the contact page.

Donate to support our ministry in Thailand!